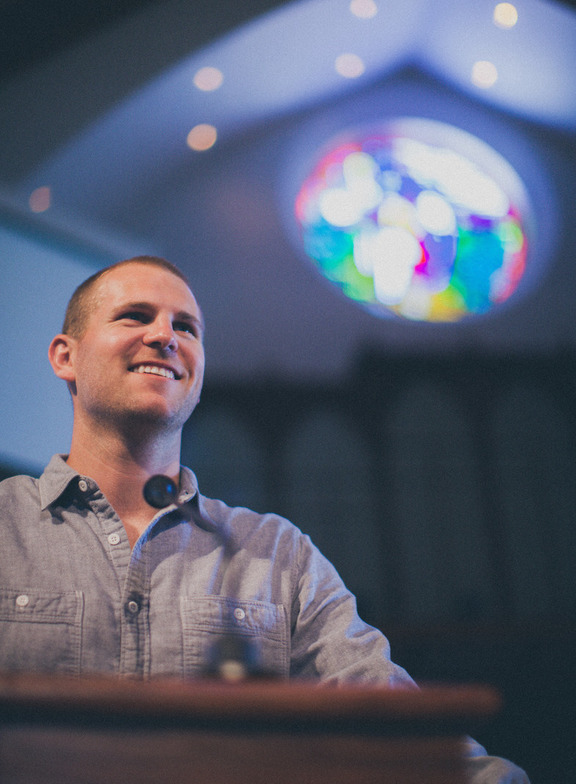 Wondering what to expect when you show up? Here's a (not as) brief (as I had hoped) explanation. (btw I am not that guy in the photo there and I don't know how to change it - hehe)

The church is located in a residental neighborhood. Free parking is available along the street.

We dress casual. My Sunday outfit is jeans and a hawaiian shirt. (I was in Hawaii for my 25th anniversary and got jealous of all the store clerks and restraunt servers wearing colorful shirts. So, I decided I was going to do that, too.)

We are small group with one staff member - me! - and a few volunteers.  In order to have an effective children's ministry and engage with other age groups we've had to get creative.

Most Sundays we have what you might consider a traditional service. It's super casual, and I'm not into being religious, so I try to keep everything practical.

We all know each other so there will be some chatting going on in the meeting place. We'll be sure to greet you, shake your hand and find out a bit about you. Everyone is friendly so don't be shy.

We start with singing 5 or 6 praise and worship songs. We've got a four or five piece band (sometimes Ron joins with his ukelele) and we play a variety of old and new choruses - sometimes a hymn gets thrown in there. I'm the bass player and I like bouncy music. I also usually pick out the songs, so that tends to be the style - haha.

Then I preach. I like to keep my sermons to around 20 minutes. We might have some time for prayer after the sermon, but usually it's just time to go. So, we all say goodbye, have a great week, and head off for lunch. We have some 'huggers' so be prepared for that. :D

On the fourth Sunday I have a family service loosely based around the idea of Messy Church. We sing some songs, as usual, and then I teach a lesson that I hope interests all age groups. Usually included are a skit, a game and a craft or obejct lesson of some kind. We might build a potato battery, or something with Lego, or a cardboard junk house. Anyone can participate. It's fun and it's meaningful because it relates back to a Biblical truth.

Then we have a potluck lunch. It's a great time to get to know each other a little better.

That's about it! I hope you come check us out!